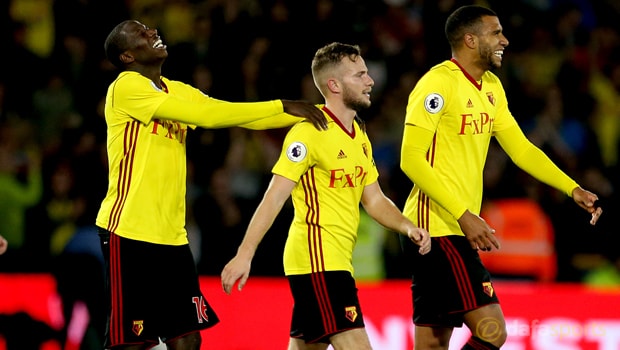 Tom Cleverley believes Watford can maintain their impressive start to the season by beating Chelsea at Stamford Bridge this weekend.

The Hornets finished 17th in the Premier League last season, but they have made a flying start to the new campaign, losing just one of their opening eight top-flight matches.

Marco Silva’s men secured a 2-1 home victory against Arsenal last time out, a result that moved them up to fourth in the standings, two points clear of defending champions Chelsea.

England international Cleverley scored the last minute winner against the Gunners and he sees no reason why Watford cannot continue their impressive form against Chelsea.

He told the club’s official website: “I really feel we are building something here. Why not go and beat Chelsea? We go there with confidence.”

Cleverley was also quick to praise the influence of manager Silva, revealing the Portuguese coach has changed the mentality of the club since succeeding Walter Mazzarri at Vicarage Road during the summer.

“Since he has come in he has tried to change our mentality and not be a club that maybe settles for a draw,” Cleverley told Talksport.

“The mentality change has been the biggest thing. He’s done that quicker than he thought.

“He has turned us into a club that believes in ourselves in every game.”

Watford have failed to win any of their last 12 meetings with Chelsea, losing nine of those matches, but they are priced at 10.00 to gain all three points on Saturday, while Antonio Conte’ side are available at 1.33 and the draw is on offer at 5.25.