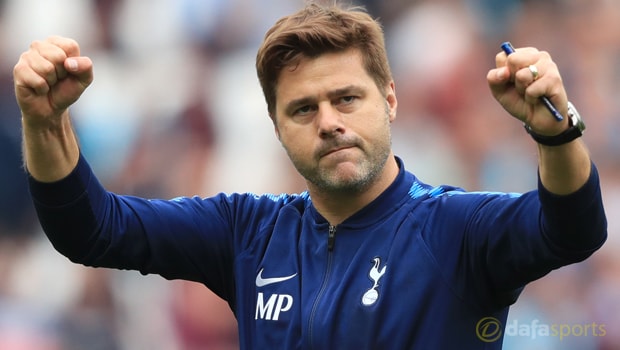 Mauricio Pochettino admits he would like to remain Tottenham manager for the next ’10 or 15 years’.

The Argentine has been in charge of Spurs since joining from Southampton in the summer of 2014 and he successfully guided the club to a second-place finish in the Premier League last term, their highest placing in over 50 years.

Tottenham’s chairman, Daniel Levy, was recently quoted as saying he would love to see Pochettino remain at the club for the foreseeable future and the 45-year-old has now confirmed that he shares that desire.

“As the president [Daniel Levy] said, I hope to stay 10 or 15 years here. I would love to sign that contract,” Pochettino said.

Pochettino believes Spurs is the place to be at the moment, particularly as their new stadium is close to completion, and he is convinced it is only a matter of time before they win a major trophy.

“I am so happy. I enjoy my time in Tottenham a lot,” Pochettino added.

“It’s a club with a lot of potential. We are waiting for a new stadium, with new facilities, that I think will be the best in Europe.

It’s only a matter of time to develop to be a competitive team and try to win a trophy.”

Spurs face a mouthwatering Champions League clash with Real Madrid at the Bernabeu on Tuesday night and they are priced at 6.00 to emerge from the Spanish capital with all three points, while Los Blancos are available at 1.44 and the draw is on offer at 4.50.