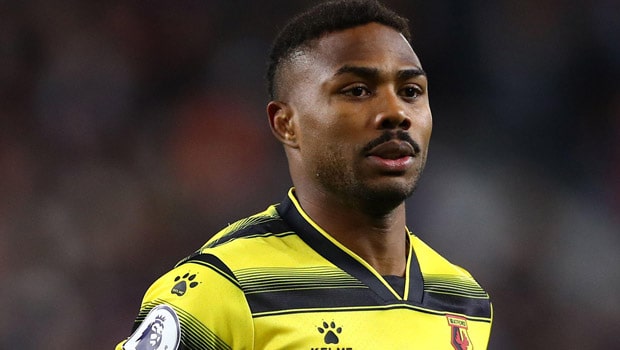 Promoted side Nottingham Forest are looking at every possible means of improving their team as they have now turned attention to Nigerian and Watford forward Emmanuel Dennis.

Forest have already spent around £70M in the summer transfer window but are not satisfied yet as they trail the Nigerian after signing former Manchester United forward Jesse Lingard.

Emmanuel Dennis joined Watford from Club Brugge in a £3M deal last season, scoring ten goals in the Premier League even though they got relegated from the top flight.

The Nigerian is also on the radar of Everton, who are ready to pay £20M on the player. However, Watford rate the 24-year-old at £24M.

The former Manchester United forward turned down West Ham to join the newly-promoted Premier League side after they made an attractive offer to sign him. However, the one-year contract has no option of an additional year.

Nottingham Forest manager Steve Cooper has been improving his side, especially after shattering the club’s record signing for Nigerian Taiwo Awoniyi for £17.5M from Union Berlin.

He scored 15 goals and made one assist in 31 Bundesliga games last season.

They have also signed Lewis O’Brien and Harry Toffolo, with both players costing Forest a total of £10M from Huddersfield.

O’Brien and Toffolo featured against Forest in the championship playoffs when Huddersfield Town played Nottingham Forest. Toffolo, who plays in midfield, is already ecstatic about playing in the Premier League.

“To join a football club with this much stature is fantastic. I’m extremely delighted to be here. To have the opportunity to play in the Premier League is something I couldn’t turn down.” Toffolo said.