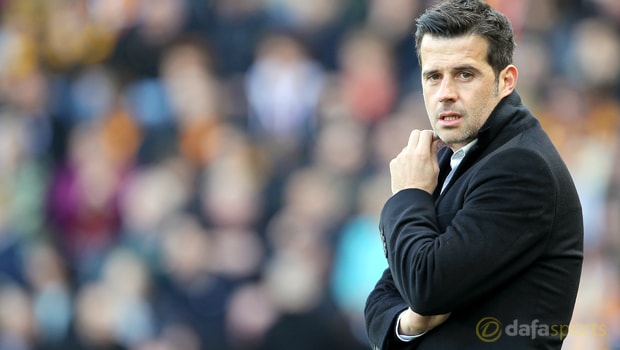 New Watford manager Marco Silva says it is imperative the club aims to improve from their disappointing season and try to take the step up to the next level.

Silva was confirmed as the new man in charge at Vicarage Road on Saturday, penning a two-year contract, and he becomes the club’s ninth manager in five years and the eighth since the Italian Pozzo family took over in 2012.

The Hornets finished down in 17th in the Premier League this term, six points above the relegation zone, and the discontent with numerous lacklustre performances was too much to take for the owners as they dismissed Walter Mazzarri.

Acquiring the services of Hull’s former boss could turn out to be a master stroke after the Portuguese tactician received huge plaudits for his style of play witnessed at the KCOM Stadium.

The 39-year-old, who has also managed Olympiacos, Sporting and Estoril, will have a huge challenge on his hands and there are several arrivals and departures expected at the club this summer in a huge squad overhaul.

Silva is looking forward to the new opportunity and he says Watford need to keep progressing as a club if they are going to enjoy good times in England’s top flight.

“It’s important to us that everybody knows what our goal is,” he told the club’s official website.

“The club is moving forward as a Premier League club but we always want to improve our position in the table and that’s important for next season.

“We want to play good football so that our fans feel well when they come to see our team play.”

Despite bringing in Silva, Watford are still priced at 2.50 to suffer relegation next season whilst Swansea, who narrowly avoided the drop, are at 2.75.