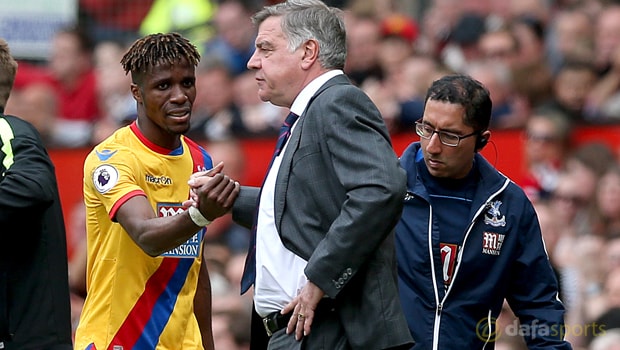 Ivory Coast international Wilfried Zaha is adamant Crystal Palace can finish in the top 10 of the Premier League next season if they are active in the summer transfer window.

Palace were involved in a massive relegation battle this season and the club were in serious danger of dropping down to the Championship after slipping towards the bottom three in the first half of the campaign.

Former England manager Sam Allardyce was appointed in December, replacing the sacked Alan Pardew, and the new man in charge kept his record of never having been relegated from the top flight intact.

The Eagles finished 14th in the table, seven points above the drop zone, but senior officials at Selhurst Park are currently searching the market for a new boss after Allardyce’s shock resignation.

Marco Silva was being tipped to take over, having decided to leave Hull, but the Portuguese opted to take the vacant role at Watford following the departure of Walter Mazzarri.

There are some issues to sort out at Palace but Zaha, who recently penned a new five-year deal, believes the foundations are there for the club to enjoy a more successful season next time round.

“I feel we can easily be a top 10 team with some additions to an already-strong squad,” he told Crystal Palace FC.

“Once again, it’s about having that belief, we have finished in 10th before and we can do it again.

“The club has come a long way in our time in the Premier League but it takes time, and we just need to keep building but that can be done.”

Despite Zaha’s ambitions for next season, the Eagles are still priced at 5.50 to get relegated from the Premier League while Brighton and Burnley are the joint 2.25 favourites.