Posted by Vincent Henderson on November 2, 2018 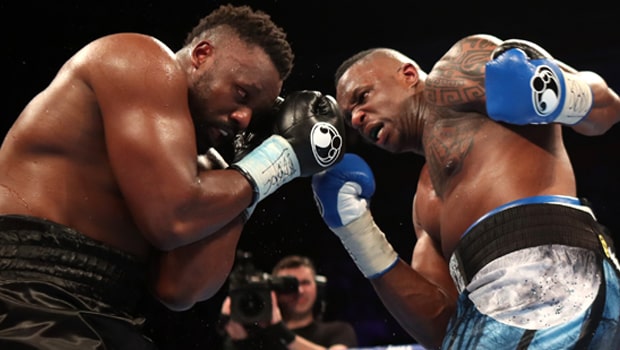 British heavyweights Dillian Whyte and Dereck Chisora will clash for the second time at London’s O2 Arena on December 22.

The duo previously went head-to-head in an explosive fight in 2016 when Whyte claimed a split-decision victory.

Since then Whyte has won four bouts on the bounce, including his most recent success against former WBO heavyweight champion Joseph Parker in July, taking his tally to 24 wins from his 25 professional fights, with his only defeat coming against Anthony Joshua in 2015.

A rematch with Joshua remains a possibility for Whyte in 2019 and he is certainly confident of disposing of Chisora with minimal fuss, as he has predicted he will knock his compatriot out this time around.

“This will be Chisora’s last fight, the donkey’s last ride,” Whyte said.

“I think that he needs to really have a good think about taking this fight. I believe that I’ll knock him out in devastating fashion this time.”

Chisora will fancy his chances of claiming revenge over Whyte, as he recorded his own impressive victory over Carlos Takam in his last fight to keep his place alongside the elite of the heavyweight division.

The 34-year-old was trailing on points against Takam before he produced a stunning eighth-round stoppage to clinch the victory and he has since teamed up with former heavyweight world champion David Haye, who is acting as his manager.

Chisora certainly feels he is a better fighter than the one that last took to the ring against Whyte in December 2016.

“I’m not messing, I’m not playing at boxing,” Chisora said.

“Dillian has spent the last two years avoiding getting back in the ring with me.

“I will be stepping in the ring a different fighter. I have everything to prove and it all to lose.”