Posted by Robert Morris on September 3, 2018 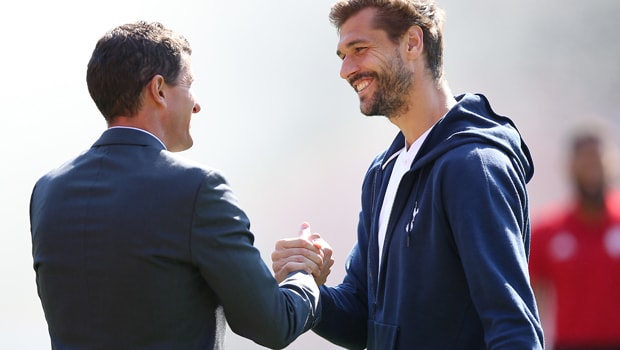 Javi Gracia is ‘enjoying the moment’ after his Watford side maintained their perfect start to the new season by beating Tottenham 2-1 at Vicarage Road on Sunday.

The Hornets fell behind to a Abdoulaye Doucoure own-goal just eight minutes into the second-half of the contest, but they showed great character as headers from Troy Deeney and Craig Cathcart handed them all three points.

It is only the second time in their history that Watford have begun a season with four consecutive victories and they sit alongside Liverpool and Chelsea at the top of the standings heading into the first international break of the campaign.

Gracia is enjoying Watford’s early-season promise and he was particularly delighted to see his side record a statement victory against one of the established powers in the top-flight.

“I am, very happy, like all of the Watford fans,” the Spaniard told Sky Sports.

“We are enjoying the moment, to win four games in a row is not easy, and we try to keep our level in the next games.

“We knew today we had to work a lot, because they have more possession than you, they usually create a lot of chances, but we need to be very demanding defensively, like we have done in the first half.

“You know, you never play alone, you always play against one team, and this team like Tottenham, they have a lot of qualities.

You have to be all of the time paying attention, they have many options and possibilities to create chances.”

Watford were tipped by many to struggle this season and they are priced at 15.00 to be relegated despite their flying start to the campaign.

Next up for the Hornets is a home clash with Manchester United, who are already six points below them in the standings, on September 15.