Posted by Fred McKinley on September 3, 2018 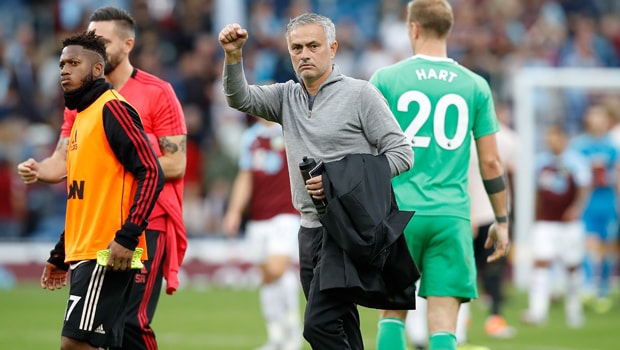 Jose Mourinho believes Manchester United’s supporters played a major role as they returned to winning ways by beating Burnley 2-0 in the Premier League on Sunday.

The Red Devils went into the match at Turf Moor with pressure firmly on their shoulders following back-to-back defeats to Brighton and Tottenham, but a first-half brace from Romelu Lukaku put them on the road to a comfortable victory, despite a missed penalty from Paul Pogba and Marcus Rashford’s sending off during the second-half.

Mourinho was seen passionately clapping the United supporters after last week’s 3-0 defeat to Spurs and he believes the fans played a major role in his side’s return to winning ways on Sunday.

“The quality of the performance and the happiness within the team is Old Trafford’s responsibility,” the Portuguese said.

“The reaction after the game at Tottenham was fundamental to keep the team moving in the right direction.”

The former Chelsea and Real Madrid boss was also keen to praise his players, who created numerous chances throughout the contest and were also able to secure their first clean-sheet of the new season.

“In the first 10 minutes we played so well that it reminded me of the Tottenham game because we were dominating opponents – but this time we scored,” he added.

“Should we score six, seven and eight? Yes we should.

“But at least we scored two and the team was strong, defensively very good. Even with 10 men we were the team that had chances to score. We are very happy the boys can go on their international break with the feeling of a good result.”

United will head into the international break in the top-half of the Premier League standings, but they are still a full six points off early-season pacesetters Liverpool, Chelsea and Watford and they are priced at 34.00 to go on and win the title this term.