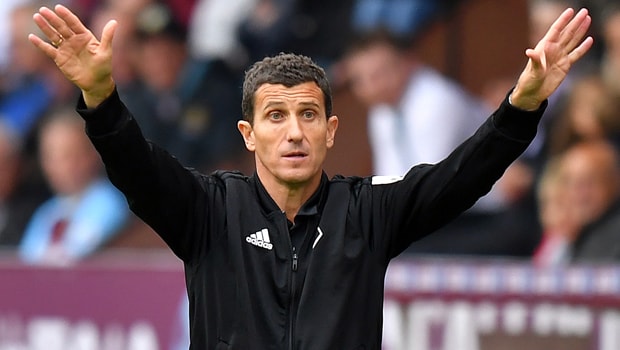 Javi Gracia admitted Watford had made a “special start” to the season after winning their opening three games for the first time in their top-flight history.

The Hornets got the better of Crystal Palace with a 2-1 win at Vicarage Road on Sunday, joining Liverpool and Chelsea in taking maximum rewards from three games so far.

Second half goals from Roberto Pereyra and Jose Holebas were enough to get the three points despite Wilfried Zaha’s late strike.

“To get three wins in a row is something special, something amazing,” Gracia said.

“We are enjoying the moment knowing it’s only the beginning, but we have done three important steps. But only three. We need to keep going.”

Watford’s current run of three consecutive wins in the Premier League is their second-longest winning streak in the competition history, and just one short of their record of four games on the bounce, which they achieved in 2015.

For Gracia, the secret has been in hard work, and that is what they must keep practicing on the training ground to build on their fast start.

Pereyra has grabbed the headlines in the first month of the campaign, but the Watford boss paid tribute to his entire squad.

“There is no secret. The most important thing is to work hard, and the players are being rewarded for all of their outstanding work from the pre-season,” said Gracia.

“Pereyra is scoring goals and he is an important player for us, but I would like to recognise the players that are not playing at the moment.”

Watford are 5.25 to make it four straight wins when they welcome Tottenham to Vicarage Road on Sunday.