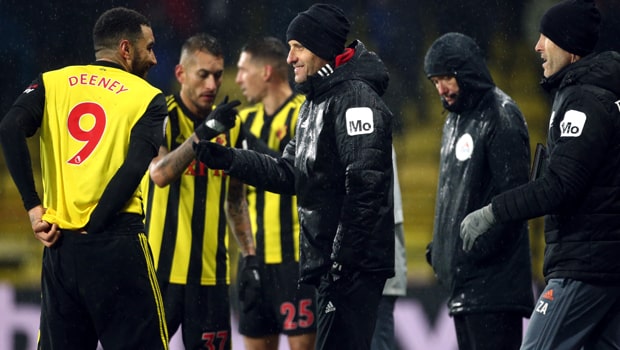 Manager Javi Gracia believes confidence is back at Watford after they ended a six-match winless streak last weekend with a 3-2 victory against Cardiff City at Vicarage Road.

The Hornets enjoyed a strong start to the campaign by winning their opening four matches, but a run of poor results saw them slip into the bottom half of the table, suggesting they could slip into a relegation battle.

Gracia’s side ended their cold streak with the win over the Bluebirds although they were made to sweat, having been 3-0 up before Neil Warnock’s men mounted a comeback in the final 15 minutes.

Next up for Watford is a trip to the London Stadium on Saturday to take on an in-form West Ham United, and the Spanish tactician is confident of seeing another strong display from his players.

“It was important to come back with a win and to again feel the confidence,” Gracia told reporters.

“In that moment, I didn’t feel that we needed to win because the performances of the team have been good, and all of us knew that in one game we would win again.

Now, we are going to play five matches in 15 days, and we know that it is important to keep our level, play our way, and I am sure at the end of the season we will achieve our objective.”

Gracia will continue to be without Andre Gray, Will Hughes, Adalberto Penaranda and Sebastian Prodl, who all sidelined through injury, but Etienne Capoue is available against after suspension.