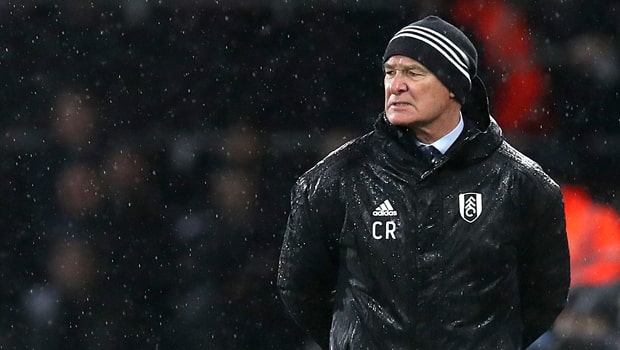 Fulham manager Claudio Ranieri is adamant his side have enough fight and determination to avoid Premier League relegation this season.

The Cottagers are rock-bottom of England’s top flight ahead of the weekend’s fixtures and are without a win from their last four league matches, picking up just one point from the last 12 on offer.

Former Leicester City boss Ranieri, who was named as Slavisa Jokanovic’s successor on November 14, led Fulham to a 3-2 win over Southampton in his first game in charge but he has failed to taste success since.

The west London outfit have the worst defence in the league this season, shipping a massive 42 goals, and they will need to tighten up at the back if they are going to stand any chance of surviving.

Next up for Fulham is a trip to St James’ Park on Saturday to take on relegation-threatened Newcastle United and the visitors are 3.80 outsiders to pick up the win, whilst a draw is priced at 3.50 and the hosts are 2.00 favourites.

Despite being short odds at 3.20 to finish bottom, Ranieri is confident his side are showing him enough and that will ensure the club avoid dropping down to the Championship.

“My players continue to fight and it’s my job to give them confidence. I believe we’ll be safe in the end,” he said at a press conference.

“In every country, there are teams at the bottom and they are safe. When I start my career in Serie A (at Cagliari) at the end of the first round we were bottom.

“At the end, we were safe one week before the end of the season. It’s important to work hard. In every match, we start so strongly and fight until the end. If you continue in this way, you can do something good.”