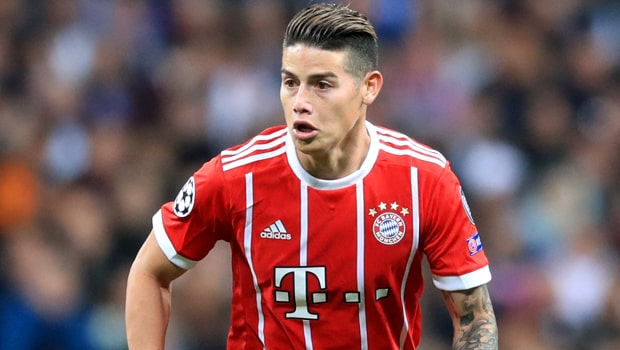 James Rodriguez says he is only thinking about Bayern Munich right now and moved to rubbish claims there has been a falling out with manager Niko Kovac.

Colombia international Rodriguez, who made a name for himself at the 2014 World Cup, is currently midway through the second season of his two-year loan deal at Allianz-Arena from European champions Real Madrid.

The 27-year-old scored seven goals from 23 Bundesliga appearances in the last campaign and he has shown decent goalscoring form this term, having netted three times from eight outings.

He is currently out on the sidelines as he recovers from a partial lateral collateral ligament tear sustained last month and the forward is expected to return to first-team action in the new year.

Recent reports have suggested Rodriguez is unhappy with life in Germany and is eager to cut his loan spell short in January, with rumours claiming he has had a bust up with Kovac.

However, the Colombian has been quick to address the situation and insists he is enjoying his time with the German champions.

“My present is with Bayern Munich, I have a contract with them until June,” Rodriguez told FourFourTwo.

“I’m fine there, I’m calm. In June we will see what happens but right now I am only thinking about Bayern.

“I’m recovering well and I’m really looking forward to start the year. Bayern have a healthy squad that are good [together], and there is no issue at all with Kovac.”

Bayern return to action on Saturday when they travel to Eintracht Frankfurt and the visitors are 1.53 favourites to win, a draw is priced at 4.50 and the hosts are quoted 6.00.