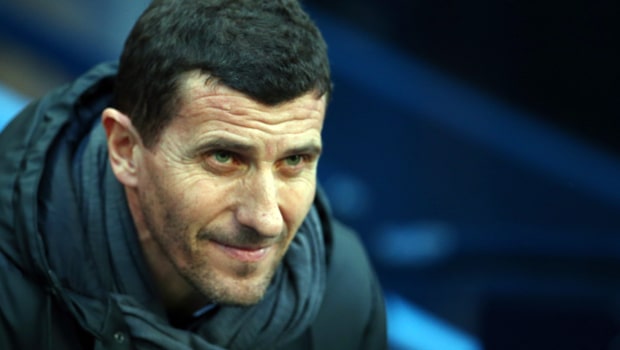 Javi Gracia feels Watford are well equipped to dampen the atmosphere at Old Trafford when they visit on Saturday.

The Hornets are the visitors for Manchester United’s first game since they confirmed Ole Gunnar Solskjaer as their permanent manager this week.

Gracia offered his congratulations to the Norwegian, suggesting his appointment is vindication for the work he has done so far, but the Watford boss also feels his team can compete in the game.

Two of Watford’s last three visits to Old Trafford have ended in 1-0 defeats, while the Jose Mourinho-managed United squeezed out a 2-1 win at Vicarage Road when they last met in September.

“I’m sure that to play against Manchester [United] is always very difficult and very demanding,” Gracia said.

“They have a very good squad and can achieve whatever they want. They are continuing in the Champions League and are playing in the Premier League.

“But we’ve also always competed really well against them. Losing the games, but they’ve always been very close games – 1-0, 2-1. I’m sure we’ll have our opportunities if we play as I know we can.”

After a dream start to his tenure as caretaker boss, Solskjaer comes into Saturday’s clash having lost back-to-back games against Arsenal in the league and Wolves in the FA Cup.

That wasn’t enough to stop United giving him a three-year deal as manager this week, and Gracia feels they can achieve success together.

“Congratulations to Ole. In this moment United are one of the teams in better form. They are playing really well,” Gracia said.

“If the club extends his contract and the manager decides to stay, it’s because all of them are happy there.

“They are in a good position to improve and grow. They have good players and all they need. They can achieve whatever they want.”