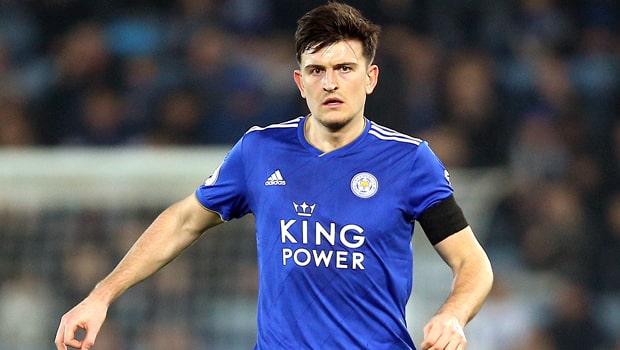 The England central defender was heavily linked with a move to Old Trafford last summer following his key role in the Three Lions’ journey to the World Cup semi-finals in Russia.

The move didn’t materialise and Maguire inked a new five-year deal with the Foxes in September. With United having appointed Ole Gunnar Solskjaer as their permanent manager this week, the Red Devils are expected to begin formulating their summer transfer strategy soon, with Maguire touted to be on their shopping list again.

Rodgers feels the 26-year-old, like many at the club, is enjoying life at Leicester City. “Harry’s very much a Leicester City player,” Rodgers said.

“A fantastic player who signed a new contract last year. “The squad is full of very talented players and of course when they play to a high level consistently, and if they’re playing for their international teams as well, then of course that will always bring interest.

“I think all the players here are enjoying playing for Leicester City and I’m quite relaxed on the situation with all the players and if anything ever comes in we have to deal with it as a club.”

Having taken over from Claude Puel last month, Rodgers has won two of his three games in charge of Leicester. His main focus is already on building for next term and he says the club can only strive to keep players happy.

“We know the game. You can never ever sit and say a player will definitely always be here and stay,” Rodgers added. “All you can do is do your very best to offer the player the opportunity to develop.”

Leicester are 1.83 to beat Bournemouth on Saturday. The Cherries are 4.20 while the draw is 3.75 at King Power Stadium.