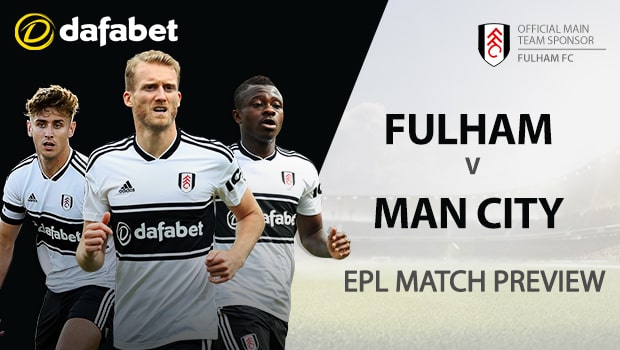 Fulham hosts Manchester City at Craven Cottage this Saturday in match day 32 of the Premier League. City trail Liverpool by a couple points in the standings, so watch for them to look to strike early.

Draw: There’s a 10.6 percent chance the match ends in a draw. There’s a draw in under 7 percent of AccuScore sims, suggesting no added side value on the draw.

Last 5: Fulham have 5 losses in their last five overall, while City has 5 wins. Fulham enters this matchup following a 2-1 league loss to Liverpool.

Struggling to Defend: Fulham are currently ranked 19th in league standings, conceding the most number of goals in the Premier League this season.

Head to Head: These two sides last met in November 2018 in the EFL Cup when City won, 2-0. Fulham last scored vs City back in December 2013.

Sergio Agüero averages 5 shots overall per sim, close to 2 shots on goal per and 1.09 goals per sim. He has close to a 67 percent chance to score.