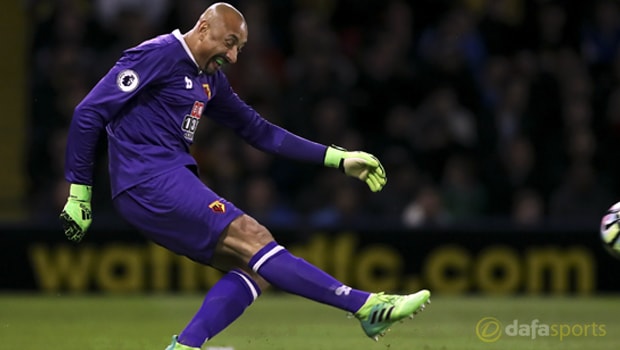 Heurelho Gomes says Watford need to push on up the table to ensure their season is seen as a success.

With four games to go, the Hornets currently sit 13th in the standings, the same position they finished in last term, and need just two more points to secure their safety for next term.

It remains to be seen whether the board will stick with Walter Mazzarri or elect to change coach for the third straight summer.

Stability is often seen as the key to success in football but the uncertainty at Vicarage Road under the Pozzo family does not appear to have affected the team on the field in recent years.

They then have a tricky trio of closing fixtures, with Everton, leaders Chelsea and Manchester City on the agenda.

Gomes says his team can be generally pleased with how they have performed this season but believes they can only be satisfied if they finish higher than last term.

“Of course, we could have done better than what we have done so far,” Gomes said.

“There are four games to go – tough games – but there is never an easy game in the Premier League.

“If you look at the table and think it’s good to finish at the same place as we did last season, it’s wrong.

We need to improve our place in the table if we want to improve as a team.”