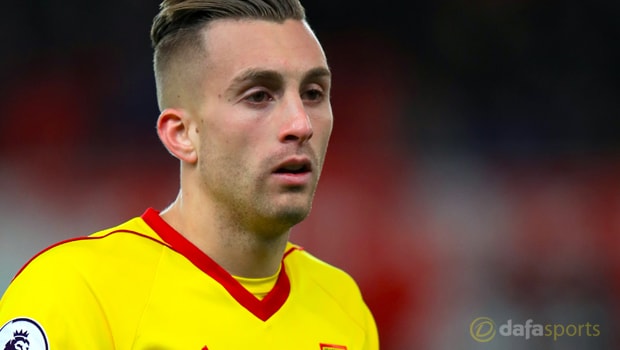 Gerard Deulofeu says Watford will play for the win when they welcome a wounded Chelsea to Vicarage Road on Monday.

The Hornets have slipped down the Premier League pecking order after initially making a strong start to the 2017-18 campaign and Monday’s clash is likely to prove extremely difficult.

Chelsea are the visitors to Vicarage Road and they will be desperate to bounce back to winning ways after suffering a shock 3-0 defeat at the hands of Bournemouth on Wednesday.

Watford gave Chelsea a scare when the two clubs met at Stamford Bridge earlier in the season, having taken a 2-1 lead, however, they failed to hold on to that advantage and eventually went down 4-2.

Deulofeu, who joined Watford on loan from Barcelona last month, has stressed the importance of sticking to their gameplan and says they must remain compact and well organised to keep the Blues at bay.

The Spaniard has also called on his team mates to be aggressive and insists Watford will approach the match with the intention of claiming all three points.

Deulofeu said: “We have to win, we play at home and we have to fight because Chelsea is a top team in Europe. The game will be difficult, but we will play for the win.

“On one part, they come here with a loss but also when a team loses one game, the next game they want to react and win. What we need to do is fight and be aggressive for 90 minutes.

We play at home with our fans. We want to play good, take confidence and take three points.

“We have to play more compact against Chelsea, they are a good team and they play well. But we will have our options and chances to score. We need to be intelligent and compact as a team, but we have got to fight because if you don’t fight you can’t win.”