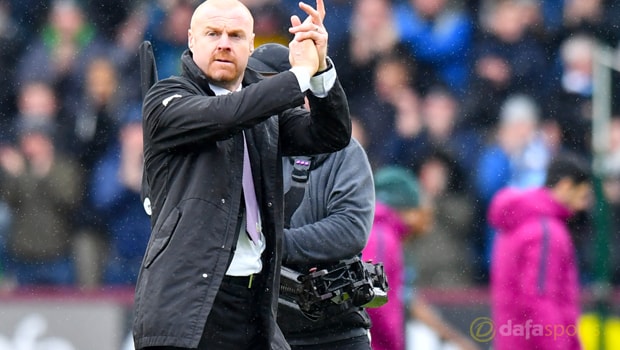 The Clarets have been one of the Premier League’s surprise packages this season, having even climbed into the top four prior to the Christmas period, and they currently sit seventh.

City took the lead midway through the first half with full-back Danilo firing home from long-range after being teed up by Bernardo Silva.

The Premier League leaders had the perfect opportunity to pull two clear through Raheem Sterling but the winger failed to finish from six yards out after getting on the end of Kyle Walker’s cross to the far post.

The Lancashire side are now without a win in nine Premier League outings but Dyche praised the mentality on show and feels his team claimed an important result.

Dyche said: “We showed a fantastic mentality, Dyche told Sky Sports. “We are on a tough run at the minute and people will say no wins in nine now with that result, but I think it’s fair to say that’s a big and important result.

“We all know you’ve got to have enough tactical savvy and technical ability but that team connection is the final cog in what we do here. “It was on show here today.”

Burnley can be backed at 3.20 to get back to winning ways in their next Premier League fixture on Saturday when they face Swansea, who are priced at 2.40 to pick up all three points at the Liberty Stadium, while the draw is available at 3.10.