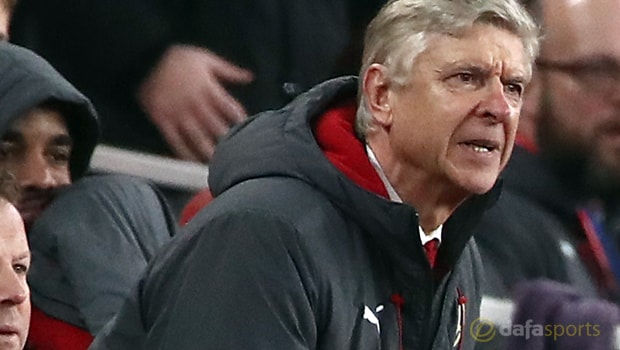 Arsene Wenger believes Henrikh Mkhitaryan and Pierre-Emerick Aubameyang are well suited to Arsenal’s style after they put in impressive displays against Everton.

Arsenal ran out convincing 5-1 winners at home to the Toffees as they bounced back in fine fashion following the midweek loss to Swansea.

Aaron Ramsey was the star of the show, netting a hat-trick, while Laurent Koscielny and Aubameyang also added their names to the scoresheet in north London.

Everton trailed 3-0 inside 20 minutes and they struggled to get a foothold in the match during the opening half with Arsenal taking a four-goal advantage in at the break, although Aubameyang’s goal should have been ruled out when he strayed offside.

The Toffees did improve in the second period and Dominic Calvert-Lewin bagged after coming off the bench to replace ex-Arsenal winger Theo Walcott.

Mkhitaryan, who joined as part of the deal which saw Alexis Sanchez head to Manchester United, laid on three assists at the Emirates and he already looks to have settled into life with Arsenal.

Wenger believes former Borussia Dortmund duo Mkhitaryan and Aubameyang are well suited to his philosophy and feels they will only improve with time.

“Overall, two players integrated well into our game and they looked as if they had played for us forever,” Wenger said.

“They have similar qualities to what our game is about. Technically, they are good. They are quick and overall it was a first convincing performance.”

Arsenal’s victory puts them back within five points of the Champions League places and they can be backed at 6.50 to finish in the top four.