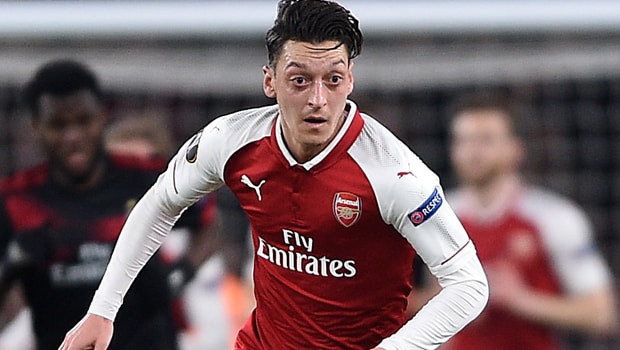 Arsenal head coach Unai Emery is confident that he can help Mesut Ozil recapture his best form next season.

The German playmaker toiled at times last season in Arsene Wenger’s final year as Gunners boss, amid consistent speculation that he might leave the club himself.

Ozil also struggled for form as world champions Germany crashed out of the World Cup in Russia in the group stages last month.

The midfielder signed a new contract at the Emirates Stadium in January, at least ending speculation over his future.

While Emery is keen to help every player in the Arsenal squad improve, the former Paris St-Germain coach admits that getting a peak-form Ozil firing again is something of a priority.

“We are here to help every player,” Emery said when asked how he will ‘fix’ Ozil’s form.

“For me it’s the same for one player as it is for 25 players, to help them. For us Mesut is a very important player.

“We want to help to be well, fine with us. The national team didn’t get the results they wanted but today he is on holiday and I want him to relax good and I want, when he comes back with us, to start with a good mentality.”

Emery feels Ozil may benefit from a fresh regime when he returns to England after his summer break.

“I think last year was a difficult year for all, not only for Mesut. I think it is for the team. They finished sixth in the Premier League – not the position we want.”

Arsenal are 26.00 to win the Premier League next season and 2.88 for a top-four finish.