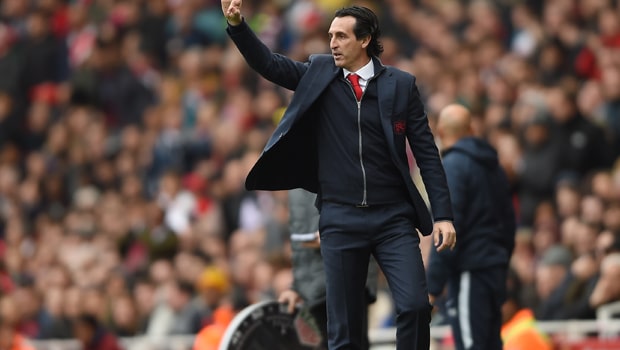 Unai Emery has described Arsenal’s Europa League semi-final win against Valencia as perfect, as they helped set up an all-English final in Baku.

The Gunners went to Spain holding a relatively comfortable 3-1 advantage but still knew that Valencia’s away goal from the first leg gave them a chance of performing another European comeback.

Those fears could have been realised early on when Kevin Gameiro slotted home early on for the hosts but Pierre-Emerick Aubameyang netted for Arsenal quickly afterwards.

Gameiro again scored early in the second half but his goal was cancelled out once more by the Gabon striker as a second Arsenal goal effectively sealed the tie.

Alexandre Lacazette then found the net with a third before Aubameyang grabbed his first hat-trick in an Arsenal shirt late on to set up a final against Chelsea on what was a historic night for English clubs in Europe with it being the first time both major European finals have been competed solely by clubs from one nation.

Afterwards, Emery lauded his players’ performance in the game though is wary not to get too carried away. “We can be proud of the players and the supporters,” said the Spaniard.

“I thought the players were perfect. It is not finished, the success. It is one step more to play the final. We are happy but also we know it is going to continue to be difficult to win.

It is not easy to play finals.” “And it was against Valencia. They are a very good team. No-one else has scored four goals against them this season. We started losing 1-0 but our reaction was amazing.

“We can take some different examples: Tottenham and Liverpool or last year against Atletico Madrid when we lost in the semi-final of this competition. We have created a new step, a new history, a new moment.”

The Gunners go into the game with Chelsea as second favourites at 2.10 while Chelsea are 1.73 to lift the trophy in Baku.