Wolves Beat Arsenal At the Emirates, as Tottenham Stay Top with Draw at Chelsea 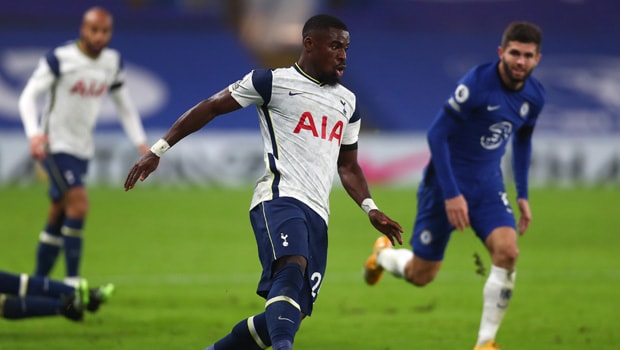 Tottenham Hotspur remained on top of the English Premier League table after the side held Chelsea to a 0-0 draw at the Stamford Bridge on Sunday.

Both teams have been in fine form in recent weeks with Chelsea qualifying for the next round of the UEFA Champions League during the week after beating Stade Rennes in France while Tottenham moved a step close with an emphatic victory over Ludogorets in the Europa League.

The eagerly awaited game saw Chelsea’s Timo Werner’s first-half strike chalked off for offside. Tottenham Hotspur had their chances in the game, but Chelsea’s Edouard Mendy was up to the task to keep a clean sheet.

The result moved Spurs to the top of the standings, level on point with Liverpool, but superior goals difference while Chelsea are in the third position.

Earlier on Sunday, Manchester United came from behind to defeat Southampton at the St Mary’s stadium.

The Saints took the lead when James Ward-Prowse set up Jan Bednarek’s 23rd-minute header with a corner; he then scored a magnificent free-kick past David de Gea 10 minutes later.

Substitute Edison Cavani was the hero as he came on in the second half and set up one goal before scoring a brace to hand the Red Devils the win.

United pulled one back before the hour mark when Cavani set up Bruno Fernandes, he then scored the leveller when a Bruno Fernandes shot deflected onto his path, and he duly put it at the back of the net.

He scored the winner in the stoppage time with a flicked header.

Furthermore, Arsenal lost at home to Wolves 2-1 in the final match of Sunday; the Gunners went behind from e Pedro Neto’s strike in the 27th minute.

Meanwhile, David Luiz and Raul Jimenez had a clash of heads in the early parts of the game which meant that the striker was taken off to the hospital, but David Luiz was able to continue the game.

Reports revealed that the Brazilian striker was getting better in the hospital after the match.