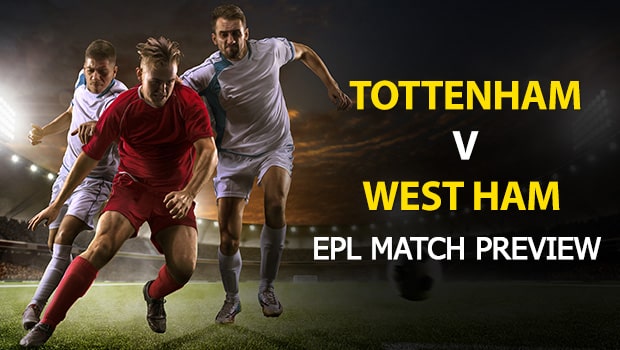 Tottenham will look for back-to-back home wins as they host West Ham United at Hotspur Stadium this Saturday. They’re coming off a 1-0 win vs Brighton earlier in the week.

Draw: There’s a 19.3 percent chance the match ends in a draw. There’s a draw in close to 25 percent of AccuScore sims, suggesting some added side value on the draw.

Standings: Tottenham currently sit in the No. 3 spot in the league table with 67 points. West Ham is at No. 11 with 43 points.

For West Ham, Marko Arnautovic has a 22 percent chance to score this weekend. He averages 1.97 shots overall per sim, 0.91 shots on goal per and 0.25 goals per sim.

This is a 4-star (out of four) hot trend pick. There’s a 49.5 percent chance the total combined score stays below 3 goals. That happens in 52 percent of AccuScore sims. The average total score in simulations is 2.62 goals.