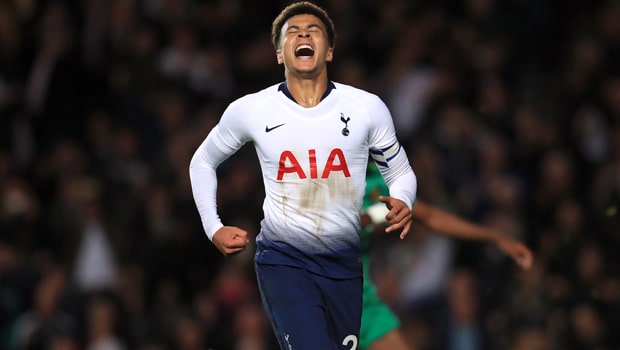 Tottenham star Dele Alli says his excited about what the future holds for the London outfit after signing a new contract at the club.

The England international has been a revelation in the top flight since he joined the club from MK Dons in 2015 for £5million.

He has scored 48 goals in 153 competitive matches and has now been rewarded with a new and improved contract that runs until 2024.

Alli has won the PFA Young Player of the Year and earned a spot in the PFA Team of the Year in the last two years.

The playmaker has also become an England regular since making the move to north London, helping the Three Lions reach the semi-finals of the World Cup last summer.

Alli has struggled with a hamstring injury this season, restricting him to six appearances, but he made his return during Monday’s 1-0 defeat to Manchester City at Wembley.

He will now be looking to help the club challenge for trophies and he has thanked everyone for their support.

“Delighted to have signed a new contract until 2024. Would like to say a big thank you to the chairman, manager, all my teammates and the fans for their constant support,” he wrote on Twitter.

Spurs remain fifth in the league table and they are now 41.00 to win the title following Monday’s 1-0 defeat to Manchester City.