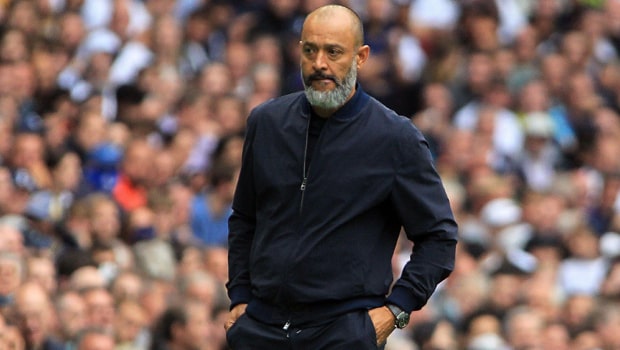 Tottenham remained perfect heading into the international break as the Hotspurs took down Watford, 1-0, behind Heung-Min Son’s goal in the first half (42′).

Nine points on the table, and three clean sheets. Harry Kane is still around, and things look more than peachy for a club that had plenty of doubts just a few weeks back.

“What pleased me is when we could not kill the game – we had chances to do so – we didn’t lose our minds,” Tottenham’s Nuno Espírito Santo said. “We stuck together and were compact.”

Harry Kane made his first start of the season for Tottenham, days after he announced he’d remain with the club despite rumors of a potential transfer to Manchester City. Kane replaced Lucas Moura in the lineup.

Tottenham won the possession battle 58-42, with eight total shots on target vs just two for Watford.

Son’s first half goal marked a memorable moment in what’s now been six years and counting for him and Tottenham. 222 games played, 108 goals scored, and 64 assists.

Tottenham, and Son as well, have been especially superb vs Watford of late. In their last 10 matches vs Watford, Spurs have 7 wins, no loses, and three draws; Son has scored 5 times, and assisted on another in those matches.

“The players worked hard for that win,” Santo added. “In order to achieve consistency, it will take time. It was a difficult game, but really good movement in the second half. There were chances that we have to be more clinical with.”

Tottenham are back in Premier League action on 11 September vs Crystal Palace at Selhurst Park before a Europa Conference League matchup at Roazhon Park vs Stade Rennais FC on 16 September.