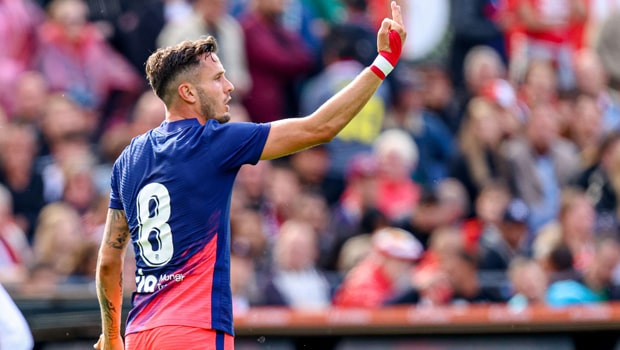 Chelsea and Atletico Madrid came to an agreement for Saul Niguez to join the Blues for the remainder of the season on loan for a deal worth approximately £3.4m.

“I am very excited to start this new challenge with Chelsea,” Saul said.

Niguez originally joined Atletico as a 17-year-old back in 2012, and now has 300-plus appearances for them.

“We welcome Saul to the club and believe he completes our squad as we compete for honors in five different competitions this season,” Chelsea director Marina Granovskaia said.

Chelsea reportedly also has the option to make the deal permanent next summer for £30m.

“He is a proven winner, a player with huge experience and we know he will be very well-suited to the challenges that face us on all fronts in the coming year,” Granovskaia added.

Prior to the La Liga trophy last season, Saul had already won the Copa del Rey once and Europa League title twice. He has 17 caps for Spain, but hasn’t played for them internationally in almost two years.

His signing by the Blues all but wraps up Chelsea’s transactions in this summer transfer window; Niguez is signing No. 3 after the likes of Romelu Lukaku, and Marcus Bettinello.

“Blues fans; I am one of you now and I can’t wait to wear the shirt, start training and see all of you. See you soon,” Saul added.