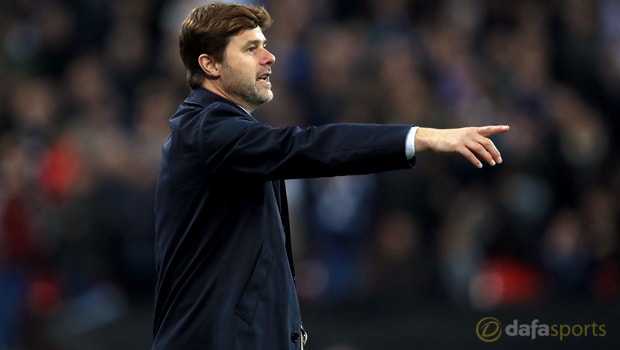 Tottenham manager Mauricio Pochettino admitted a huge sense of pride after his side secured top spot in their Champions League group after victory over Borussia Dortmund in Germany.

The north Londoners were handed a tough draw in August, with the Bundesliga side and two-time defending European champions Real Madrid, along with Cypriot outfit Apoel Nicosia, making up Group H.

Spurs have made light of their tough section, winning four of their five games so far, to take the group with a game to spare.

Home and away wins over Dortmund, coupled with a resounding 3-1 win over Real Madrid after a 1-1 draw in the Bernabeu, have secured top spot for Tottenham.

A year ago, Spurs’ hopes of progress had already been ended at the same stage in a group that included Monaco, Bayer Leverkusen and CSKA Moscow.

Pochettino admits that perhaps 12 months ago confidence was too high while this time around his squad resolved to focus on each individual game, having been dealt a seemingly tougher mission.

“The season before, we were watching the draw and we thought: ‘Oh Monaco, Leverkusen and CSKA’ and we thought we had a chance to go to the next stage,” Pochettino said.

“Then this draw we looked between us and thought: ‘OK we are going to compete and we say nothing’ – and look now we are first, top of the table.

“It was difficult because Real Madrid and Borussia Dortmund and Apoel are always difficult but we try to enjoy and be competitive and try to win, that was the idea in every single game.”

Spurs are now 15.00 to win the Champions League this season while Real Madrid, assured of second spot behind them in Group H, are 6.50 to retain their European crown.