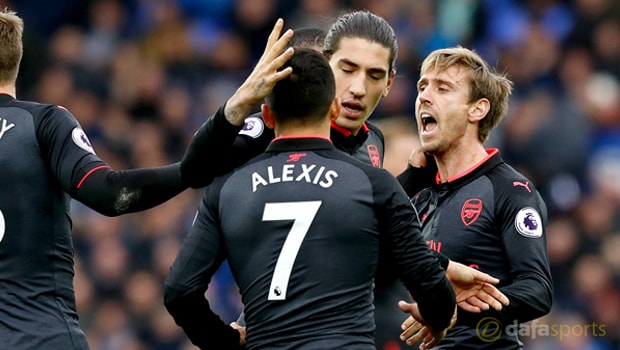 Nacho Monreal says he is confident Mesut Ozil and Alexis Sanchez will not leave Arsenal during the January transfer window.

The star duo are into the final year of their contracts, with both set to become free agents in the summer.

Ozil and Sanchez have so far resisted offers from the Gunners to extend their current deals.

Sanchez was heavily linked with Manchester City last summer while World Cup winner Ozil has been touted for a return to his homeland with Bayern Munich and, more recently, a switch to Manchester United.

Asked if the Arsenal dressing room is expecting the pair to stay in January, the Spaniard had no doubts.

“Yes, the feeling is that they will continue. At no time have we talked about the possibility of them leaving.

Not at all. They are committed to the group and we will see what happens,” Monreal told IBTimes UK.

“I can’t say much about it. It does not depend on me. The situation is clear. They are two vital players for Arsenal. They are two players who end their contracts at the end of the season.”

Despite the fact both players can walk away in the summer for free, Monreal insists the Arsenal hierarchy remain in control of their destiny.

“If the club want them to stay beyond December [the January transfer window] they will follow.

Yet, I do not know the club’s intentions. It is other people who are the ones who have to make a decision,” he added.

Arsenal are 2.60 to win their Europa League game at Cologne on Thursday. The German side are 2.63 while the draw is 3.40.