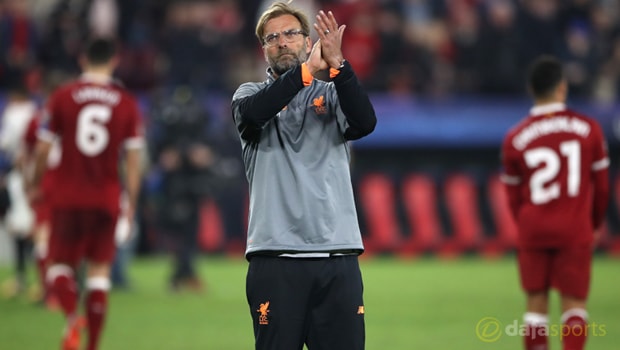 Liverpool boss Jurgen Klopp felt his team lost a three-goal lead in their Champions League draw with Sevilla because of a “misjudgement”.

The Reds were on the verge of qualifying for the last 16 with a game to spare when they led through two Roberto Firmino goals either side of a Sadio Mane strike after just half an hour in Spain.

Klopp’s team suffered a spectacular second-half collapse, conceding a brace to Wissam Ben Yedder before the hour mark while Guido Pizarro delivered the final blow with a 93rd-minute equaliser for the La Liga side.

According to the Liverpool manager, his players were guilty of easing off in the second half, something they should have avoided knowing that Sevilla would have to deliver a reaction in front of their own supporters.

“It was a fantastic first half for us but in the second half we made a mistake and we didn’t carry on playing football,” said Klopp.

“We became passive, they scored the first, then it was obvious the atmosphere changed immediately. That gave them a big boost.

“We did similar things already at home – we used our crowd and used our atmosphere. The atmosphere helped Sevilla a lot and they had to show character.”

Liverpool are now left needing a point from their final game at home to Spartak Moscow next month to ensure qualification for the Champions League knockout stage.

Klopp has told his players they cannot become “passive” when in such a controlling position again.

“They are human beings. It was a misjudgement,” he added.

Liverpool are 26.00 to win the Champions League this season while Sevilla are priced at 101.00.