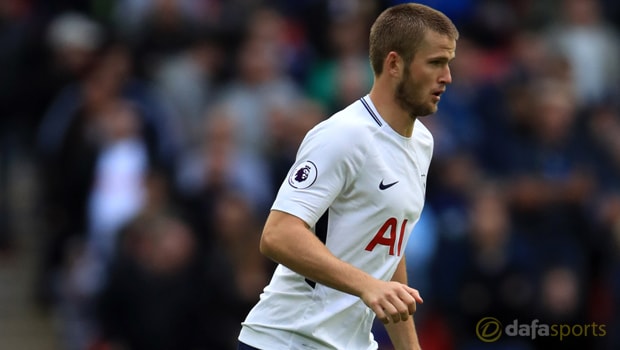 Tottenham coach Mauricio Pochettino has praised Eric Dier’s versatility as he claims the England international continues to impress in both defence and midfield.

The 23-year-old has played in a number of positions for Spurs, but Pochettino has been forced to use him in midfield this season.

A knee injury to Victor Wanyama has caused the former Southampton coach to change his plans and Dier has not disappointed.

Wanyama is still expected to sit on the sidelines for the next three weeks and Dier is expected to sit in front of the defence with Davinson Sanchez continuing to impress at the back.

With the World Cup in Russia on the horizon, Pochettino believes his utility man is one of the best squad players in the world.

He told Sky Sports: “If he in time shows he is great or one of the best in the world in one position, okay, that is fantastic for him.

“But if you are a very good player and can play very well in different positions, there are more possibilities for him to play.

“I think the most important thing last season was that he was the player in the squad that played the most. When you are a player, you want to play and be in the starting XI.

“He can dominate different positions on the pitch and that is so fantastic – he can be top as a midfielder, centre-back or full-back.

Then it is up to the manager to use him in different positions.” Dier is under contract at the north London club until 2021 and he will be hoping to end the year on a high by winning his first trophy.

Despite their mixed start to the season, Spurs are priced at 15.00 to win the Premier League title.