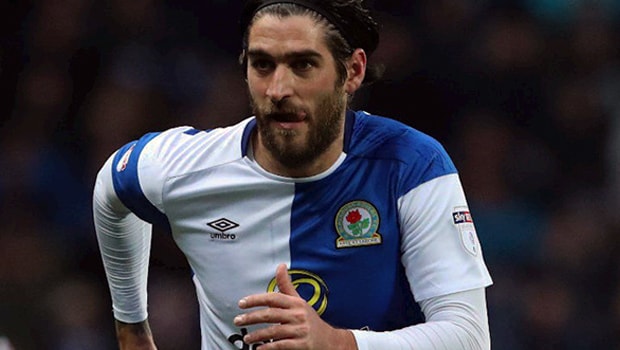 Danny Graham wants an FA Cup upset from Blackburn Rovers on Saturday so that they can pull another glamour tie in this season’s competition.

Graham memorably found the net last season as Blackburn gave Manchester United a real scare in the cup at Ewood Park and he says getting another big-name club is the aim this term.

Rovers must first get by one of Graham’s former teams when Hull City arrive at Ewood on Saturday.

Promotion from League One may be this season’s primary target, but the forward is still keen to go on a cup run.

“The FA Cup is special, there’s no doubt about that,” he said. “Everyone wants to play in the competition growing up.

If we can win then we can get a glamour tie just as we did last year against Manchester United.

“We’ll look to give a good account of ourselves against a Championship side and look to get through to the next round.”

Graham has been amongst the goals recently as Tony Mowbray’s men pushed themselves up the League One standings via an unbeaten run that stretches back into October.

He admits his time at Hull didn’t go as he would have liked, but says he still has good memories of Humberside.

“I had an enjoyable time at Hull even if it didn’t quite work out on the playing side of things,” he added.

“It’s a good club full of good people in a good city. I really enjoyed my time there and still have friends remaining at the club.

“Hull are a big club that’s full of good players. It will be nice to put a rest to the league and focus on the cup competition after a hectic league schedule in recent weeks.”