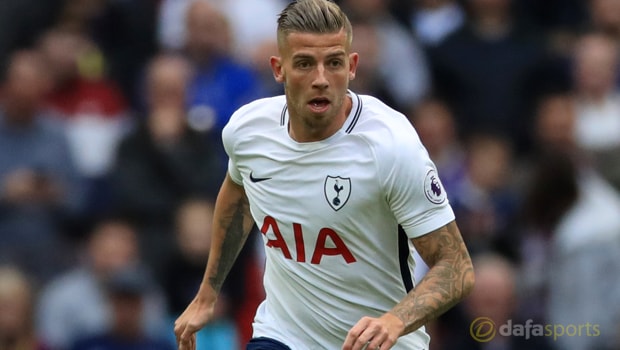 Toby Alderweireld has declared himself fit and ready for Saturday’s north London derby against Arsenal after more than three months on the sidelines with a hamstring problem.

The Belgium international had not featured for Spurs since their 3-1 Champions League success over Real Madrid at the start of November, but he returned to action during their midweek FA Cup triumph over Newport County, playing the full 90 minutes of the 2-0 win.

Alderweireld appeared to suffer no ill effects during his return to action on Wednesday and has now confirmed he is fit and available for Saturday’s north London derby at Wembley.

The 28-year-old’s return to full fitness has come at a good time for Spurs, as not only are they set to take on their local rivals in the Premier League, they also face the first leg of their Champions League last-16 tie with Juventus in Turin on Tuesday.

Alderweireld is certainly hoping to be involved in both games, but concedes how much game time he receives will ultimately be decided by boss Mauricio Pochettino.

“That’s a goal in your head, to come back as quickly as possible and be strong again,” he added.

“Of course you have those kind of games that you want to be involved in.

“It is up to the manager now to decide who he needs but you have to have a personal goal to try to come back as quick as possible.”

Spurs are priced at 2.00 to secure all three points from the match, while Arsenal are available at 3.50 and the draw is on offer at 3.80.