Spurs must show the same spirit all the time 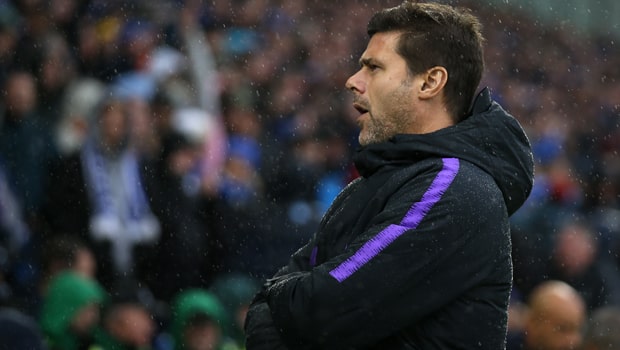 Mauricio Pochettino felt Tottenham had demonstrated the correct spirit in their win over Brighton at the Amex Stadium, with the Argentine asking his players to now show it all the time.

Spurs had lost three games on the spin for the first time in Pochettino’s reign but they bounced back with a first-half penalty from Harry Kane and Erik Lamela’s goal in the second period.

Anthony Knockaert was allowed to score a late consolation for the home side, much to Pochettino’s frustration but, overall, it was a pleasing success.

“I am so happy with the attitude. We know very well we have a great quality, with great players who can play amazing football.

“In some periods we played so well. We deserved the victory in the end, of course we are very disappointed with the way we ended the game, the final two minutes.

Kane ended a goal drought of 469 minutes for club and country when he confidently dispatched his penalty kick and Pochettino never had any doubts about his talismanic striker.

“Always for me Harry is one of the best,” Pochettino added.

“He is one of best players in our team. I don’t have doubt.

“It’s always a guarantee to have him on the pitch, because he’s a special player. For me, he’s a great player, not today because he scored. When he didn’t score in the past it was the same.”

Kane is 4.50 to win the Premier League’s Golden Boot this season, with Manchester City forward Sergio Aguero favourite at 3.75.