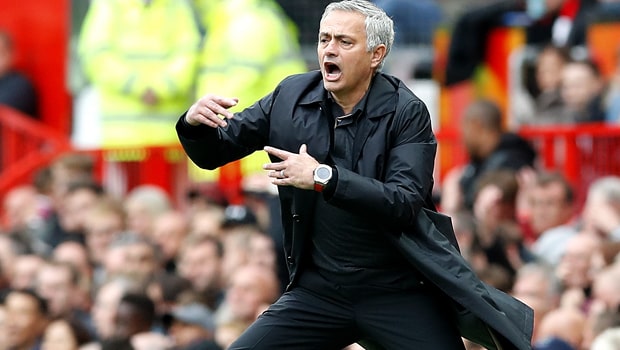 Manchester United manager Jose Mourinho says he expected more from his attacking players after watching them draw 1-1 with Wolves at Old Trafford.

Fred’s goal, his first in the Premier League, gave the Red Devils a half-time advantage but Joao Moutinho levelled early in the second half.

Arguably, the visitors were every bit as likely to find the winning goal thereafter as Nuno Espirito Santo’s team matched their hosts in every department and continued their fine start to the season.

Before the game, the United boss had told his players they owed the Old Trafford faithful a performance, having been thumped 3-0 by Tottenham in their previous outing on home territory.

Afterwards, Mourinho suggested the visitors ‘were more aggressive, had more intent and were more motivated’ than his own team.

“I think the result is fair. They deserved their point and we deserve the punishment of only getting one point,” Mourinho told the BBC.

“The way we started we were lucky to be the first team to score. Their approach was more for a football match than ours.”

Mourinho was at a loss to explain why the Midlands side seemingly trumped his star-studded outfit in almost every department, with the ineffective Alexis Sanchez hauled off after an hour.

“They started better and were more aggressive, had more intent and I don’t know why but they were more motivated,” Mourinho added.

“We made it quite easy for them to cope with our supremacy in last 20 minutes. Overall we don’t deserve more than this.”