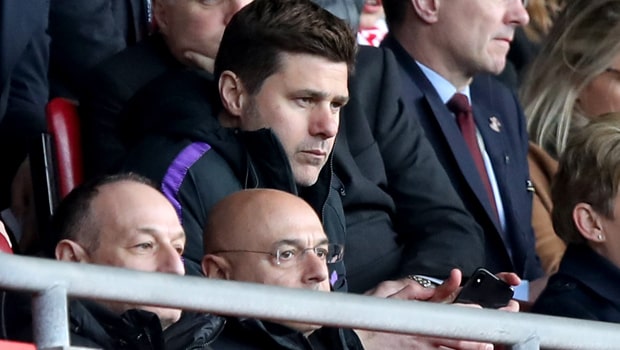 Mauricio Pochettino felt ‘complacency’ and ‘arrogance’ were key factors as Tottenham lost 2-1 to his former club Southampton on Saturday.

The Londoners dominated proceedings in the first half at St Mary’s and led through Harry Kane’s 200th career goal.

Spurs though could not put their dominance on the scoreboard and they were made to pay with two Southampton goals in a five-minute spell near the end.

A defensive howler from Danny Rose gifted Yan Valery the chance to level and then the in-form James Ward-Prowse curled home a delightful free-kick to ease the relegation fears of the Saints.

Spurs meanwhile are without a win in their last four league games and, having a month ago considered themselves to be title rivals with Manchester City and Liverpool, are now facing an increasing battle just to finish inside the top four.

Pochettino watched Saturday’s game from the stands as he served the first of his two-game touchline ban and he didn’t like what he saw.

“I am so, so, so disappointed,” said Pochettino. “I am a little bit worried about this change from the first half to the second half – it’s only one thing, it’s mental.

“It’s about complacency, it’s about arrogance in a bad way. You can use the first half as an example of [positive] arrogance, playing with intention, focus, concentration – we matched them in everything and we were much better.

“And in the second half it’s the arrogance in a bad way. We need to blame all of us, the club.” Spurs are 1.67 to finish in the top four following their latest setback.