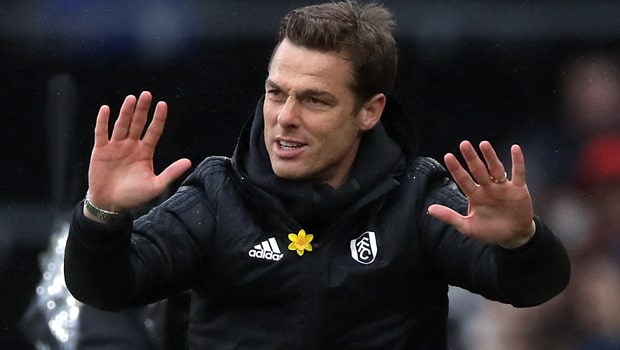 The Cottagers fell to their latest defeat at Leicester City on Saturday, going down 3-1 at King Power Stadium despite showing plenty of spirit. Youri Tielemans gave Leicester the lead having been teed-up for an easy finish by Jamie Vardy.

The former England forward then scored a late brace, including his 100th Leicester goal, to ensure a win for Brendan Rodgers in his first home game in charge of the Foxes.

Struggling Fulham had threatened to take a point when substitute Floyd Ayite’s scored a scrappy equaliser not long after half-time but Leicester were worthy winners.

Interim boss Parker knows that the task of surviving is now a mammoth one, with Fulham 19th and a massive 13 points from safety with only eight games left. They won’t throw in the towel, but Parker is realistic in their shortcomings.

“Individual errors have cost us the game and have been a massive part of this year,” he said.

“It’s going to be really, really tough. I sit here with realism. I understand the situation. I’m not blinded by that.

“The message remains that as long as it’s mathematically possible we fight – but we know it’s going to be really tough.”

Fulham have now lost 14 of their 16 Premier League away matches this season, picking up just two points on their travels and conceding 40 goals along the way.

Next up is a home game against title-chasers Liverpool on Sunday, where Fulham are 9.50 to win. The Reds are favourites at 1.30 while the draw at Craven Cottage is 5.50.