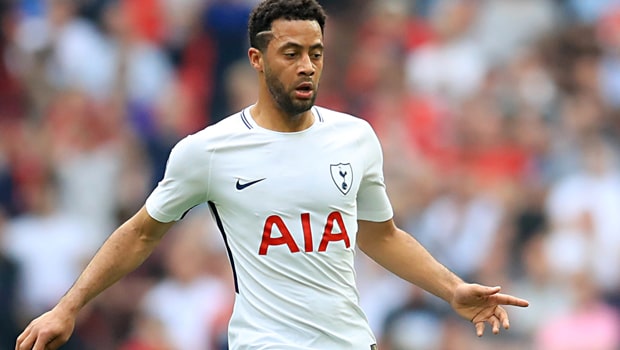 Mousa Dembele has left Tottenham to join Chinese Super League side Guangzhou R&F in a deal worth £11million.

The 31-year-old had been at Spurs for close to six years after joining from neighbours Fulham in 2012 for £15m. He made 250 appearances in Tottenham colours but had featured only 13 times this season for Mauricio Pochettino’s outfit.

He was due to fall out of contract in the summer and will officially seal his move once international clearance has been granted.

Dembele was initially expected to join Beijing Guoan in China but complications with the deal allowed Guangzhou to step in and take the defensive midfielder.

With a significant pay rise coming his way and a reported desire to play in a less physically demanding environment, Dembele revealed he was content to call time on his stay in England’s Premier League.

“I go with an unbelievable feeling and a certain love for the club,” said Dembele.

“It has been very special. “Sometimes you separate in a bad way but I don’t feel it in a bad way. Everyone has been positive with me and has wished me luck and happiness. The club always treated me fairly.

“It has been an unbelievable experience for me and I will always remember it.”

Despite having failed to sign a single player last summer, Pochettino and Tottenham remain keen to trim their first-team squad.

Defeat to Manchester United last weekend at Wembley leaves the north Londoners seemingly out of the title race.

They trail leaders Liverpool by nine points and have also lost skipper Harry Kane for six weeks to an ankle injury.