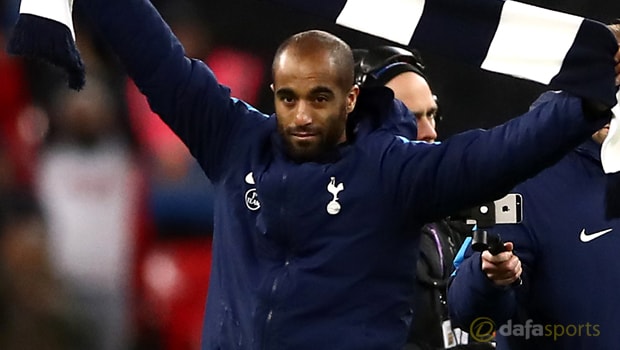 Mauricio Pochettino felt his Tottenham side delivered a perfect welcome for new signing Lucas Moura as they overcame Manchester United 2-0 at Wembley.

In front of a record attendance for a Premier League match, Tottenham stunned the Red Devils when Christian Eriksen curled them in front after only 11 seconds.

The home side dominated the game and passed up several excellent goal-scoring chances, though they were always comfortable from the moment Phil Jones turned Kieran Trippier’s cross into his own net near the half-hour mark. Getting an early lead was vital, felt the Spurs boss.

“You can win a game if you’re ready to fight,” said Pochettino. “It was massive to be up early in the game.”

Defeat ended United’s eight-game unbeaten run in the league and left them 15 points adrift of leaders Manchester City in second, while it moved Spurs, currently fifth, to within five points of Jose Mourinho’s side.

Pochettino is happy that his team is in a strong position to fight for a top-four finish, with a six-point cushion now separating them from north London rivals Arsenal in sixth spot.

Spurs completed a deal to bring winger Moura from Paris St-Germain in the run up to kick-off and he was presented to the fans at half-time.

Pochettino was sure his new player will have enjoyed watching his new team-mates.

“Three more points puts us in a very good position to fight for the top four. I’m sure Lucas Moura enjoyed that a lot,” he added.

Spurs are 3.40 to beat Liverpool at Anfield on Sunday while they are now 2.00 to finish in the top four this season.