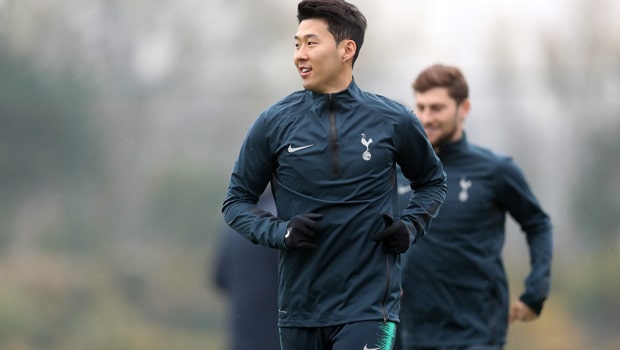 Spurs are preparing for just their second game at their new stadium but Son Heung-min says they are already starting to feel at home in their new surroundings.

Tottenham entertain Manchester City in the first leg of their Champions League quarter-final tie on Tuesday night after beating Crystal Palace 2-0 in their first game at the Tottenham Hotspur Stadium.

City are the 3.25 favourites to win the Champions League outright and Spurs can be backed at 21.00.

Spurs left White Hart Lane nearly two years ago and had been playing their home matches at Wembley Stadium, and Son says they are now ready to make the most of having a new permanent home.

“Maybe the City players don’t realise because they always play at home, but we’ve been nearly two years away from our home stadium,” said Son, via The Mirror.

“What we’ve done in those past two years was very positive, but we missed home a lot and we can show them tomorrow night the difference between Wembley and our new stadium.”

He added: “I don’t need to say how big this is: It’s massive, everyone knows how important it is. “All the people are excited to see the first Champions League game in our new stadium and we want to give them a good performance and good result.

“We should enjoy the moment, have fun at our unbelievable new stadium and I think it will be amazing.”

Son scored Spurs’ first goal at their new home in the win over Palace and the South Korean is 6.50 to open the scoring against City, while the hosts are 4.00 to claim a victory.