Confidence the key for Toffees boss 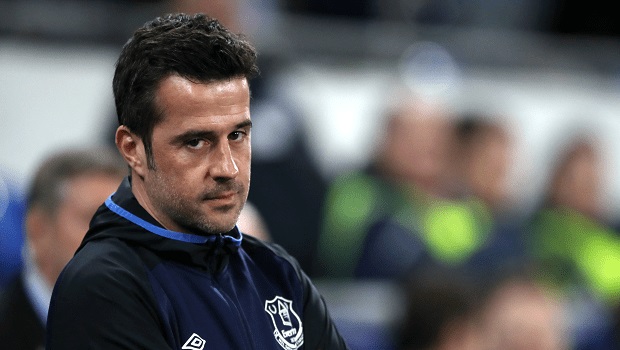 Marco Silva believes Everton are ‘the same team with more confidence’ following their upturn in fortunes.

Phil Jagielka, who was called into the starting XI as a replacement for Michael Keane shortly before kick-off, gave Everton an impressive 1-0 home success against Arsenal on Sunday.

Only poor finishing from Richarlison, Gylfi Sigurdsson, Bernard and man-of-the-match Dominic Calvert-Lewin stopped the home side from putting daylight between themselves and the Gunners, who missed their chance to go third in the table.

The win was Everton’s third on the trot, following up home success against Chelsea and an away-day victory at West Ham. Victory for Everton meant they leapfrogged Watford into ninth while Arsenal remain in fourth.

Silva’s side made a bright start to his maiden season at the club, but lost their way in mid-season, something the coach feels was down to a lack of confidence. “I’m really, really happy. We deserved the three points,” Silva told reporters.

“The chances we created, we should score more goals. It is a fantastic win and one more clean sheet.

That’s the spirit I like – the desire to win every challenge. “[Earlier in the season] we lost some confidence, we had a break and after we worked really well. It’s the same team with more confidence.”

The boss called on the Goodison crown to help the team by replicating the fervent atmosphere of their latest success whenever they run out on their own patch. “The fans can be the key for us, we have to give them what they expect.

I came to a big club like Everton to give our fans what they deserve. It is a matter of keep working to achieve what we want,” he added.

Everton are 1.80 to make it four successive wins by taking care of relegated Fulham at Craven Cottage on Saturday.