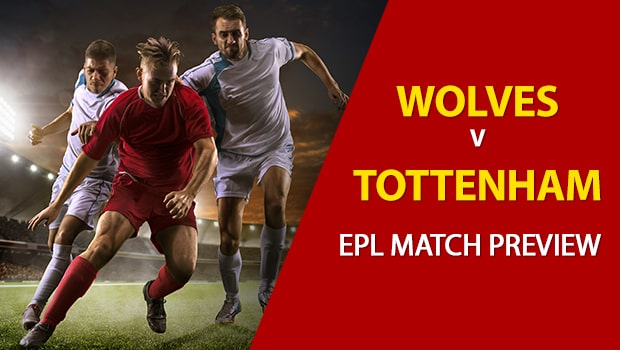 We’ve got a fun one this weekend at Wembley Stadium as Tottenham and Wolverhampton go head-to-head.

Betting on the Draw: Odds indicate there’s a 18.7 percent chance the match ends in a draw. There’s a draw in 15 percent of AccuScore sims, suggesting no added side value on the draw.

Last 6: Tottenham — fresh off a 5-0 victory at home vs Bournemouth — head into this weekend’s fixture with five wins and 1 draw overall in their last six. Wolves have 3 wins, 1 draw and 2 losses, with the most recent result being the 1-1 road draw vs Fulham.

Mid-week Movement: With Liverpool coasting past Newcastle and Manchester City losing again, Tottenham move into second place in the standings.

Raúl Jiménez has a 14 percent chance to score for Wolverhampton. He averages 1.79 shots overall per sim, 0.66 shots on goal per and 0.15 goals per sim.

Harry Kane has close to a 63 percent chance to score for Tottenham; he averages close to five shots overall, 2.34 shots on goal per and 0.98 goals per sim.

Odds indicate there’s a 74 percent chance Tottenham win this match. They win close to 80 percent of AccuScore sims, suggesting some added value on the pick. Tottenham winning is a four-star (out of four) AccuScore hot trend pick.