Poch: Harry Kane will break ‘all the records’ 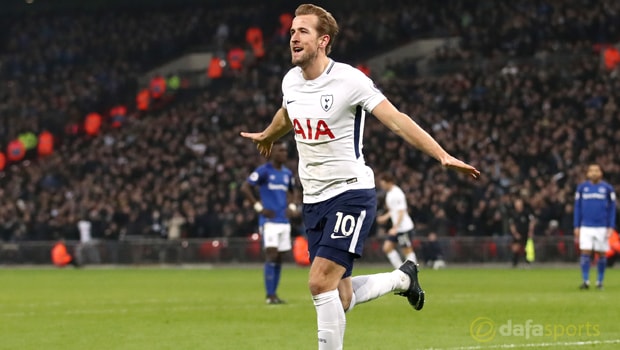 The England forward scored twice as Spurs comfortably eased past Everton with a 4-0 win on Saturday.

His latest brace was enough to move Kane on to 98 Premier League goals for the North Londoners, eclipsing Teddy Sheringham’s previous benchmark.

Kane’s goals have come in only 135 games, while Sheringham took 237 appearances.

Although 24-year-old Kane has yet to bag any silverware in a Tottenham jersey, Pochettino is certain that more personal accolades are coming his way.

“Harry is such a talented player, so professional and I am very happy,” said Pochettino.

“He deserves all the credit and a lot of praise. In this way he will break all the records in the Premier League.”

Kane has now scored 20 times in the Premier League this season, three more than any other player, and he has hit the net 28 times for Spurs in 28 appearances in all competitions so far this term.

Son Heung-min scored for a fifth successive home league game to break the deadlock against Everton and he is relishing learning from Kane.

“I’m a big fan of Harry,” he told the BBC. “I may be older than Harry but I am learning from him the whole time.”

Spurs are 1.70 to win at Southampton next week, while Kane is 1.33 to finish as the Premier League’s leading marksman this season.