Mousa Dembele out until New Year 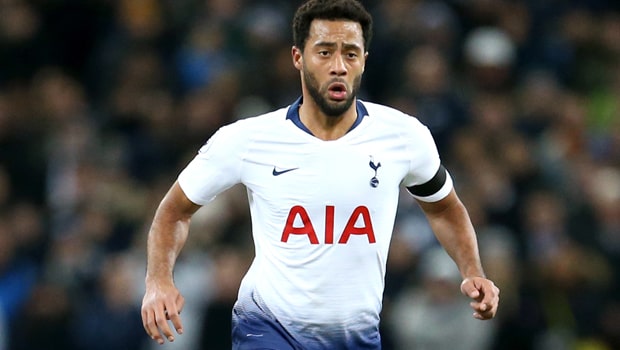 Tottenham Hotspur manager Mauricio Pochettino is hopeful Mousa Dembele will be back to full fitness at the start of 2019 after scans confirmed he has ligament damage in his right ankle.

Belgium international Dembele, who joined Spurs in 2012 from Fulham after his £15million release clause was activated, was forced off just seven minutes into the 3-2 Premier League victory away at Wolves last Saturday.

The 31-year-old was missing for the 2-1 Champions League win at home to PSV on Tuesday and he is expected to be out of action for the next couple of months after further tests on his right ankle confirmed ligament damage.

Speaking about the midfielder, Pochettino revealed January is a potential return date for the Antwerp-born star although the Argentine tactician will not be rushing a quick comeback.

He said at a press conference: “It is always about the patience, how he is going to react to the injury, but we hope he is going to be ready by early January.”

The midfielder will also be absent for the Champions League games with Inter Milan and Barcelona, whilst the League Cup clash against the Gunners is another outing crossed off the list.

Spurs return to action on Saturday when they make the trip to Selhurst Park to take on Crystal Palace and the visitors are 1.83 favourites to come away with all three points, a draw is priced at 3.75 whilst the Eagles are 4.33 outsiders.