Mauricio Pochettino: We are ahead of the project 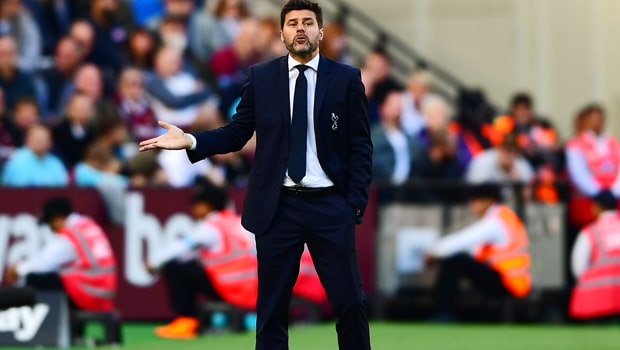 Tottenham manager Mauricio Pochettino insists his team are “ahead of the project” in Europe but he insists they must beat PSV Eindhoven to prove their credentials.

Spurs came under pressure in September when they lost three games in a row either side of the international break.

Defeats to Watford and Liverpool saw them drop down the Premier League table, while a loss to Inter Milan in their Champions League opener made things worse.

Pochettino’s men have since lost just once in their last six games, although that also came in the Champions League to Barcelona.

The former Southampton coach insists his team are ahead of schedule after they made their best-ever start to a Premier League campaign following the 1-0 win over West Ham on Saturday.

While he is pleased with his team’s progress, he admits a win over PSV is vital, not only to maintain their interest in Europe this season but also to underline their Premier League title credentials.

“If we are not capable of winning this type of game we cannot win the title,” Pochettino said.

“We need more. I think we are so competitive over the last four-and-a-half-years, but to win a title is the last step, to push the team and the club.

“I think it’s so important the Champions League game against Eindhoven if we want to be alive in the competition. It’s a must-win game.

“Four-and-a-half-years ago when they offered me the Tottenham job the idea was to build a team for the Champions League in the moment we arrive in the new stadium.

“This is our third Champions League in a row, one at White Hart Lane, three times at Wembley. We are ahead of the project. We are miles ahead.”

Spurs travel to the Netherlands on Wednesday and they are 2.00 favourites to win. The draw is 3.75, while PSV are priced at 3.60.