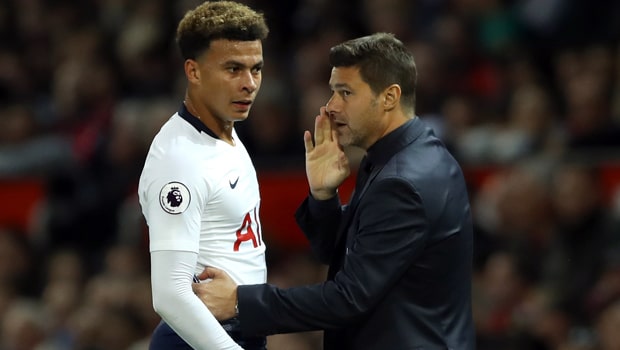 Tottenham Hotspur midfielder Dele Alli says manager Mauricio Pochettino was integral in his decision to sign a new six-year deal with the club.

The England international signed a contract extension at Tottenham until 2024 on Tuesday, despite still having had four years remaining on his previous deal.

Alli felt it was a nice gesture from the club to upgrade his deal and says he had no doubts about reaffirming his commitment.

“No [doubts], to be honest. I love being here, I love being a part of what this club is doing and where we’re heading,” he told Sky Sports.

“It’s a nice gesture from the chairman because I had a few years left on my old contract, but nothing changes, I’m still going to keep working as hard as I am and keep fighting and being a part of this team.”

Alli moved to Tottenham from MK Dons in 2015 and has flourished under Pochettino’s watch.

He has firmly established himself as a key performer for both club and country and was named PFA Young Player of the Year in both 2016 and 2017. Asked if Pochettino was influential in signing a new deal, Alli didn’t hesitate.

“It’s a big part of it. The fans and the club are amazing, the players as well, we’ve got a special bunch of boys and everybody gets on really well,” he said.

“Poch is the one we’re working with all the time, it’s his philosophy that [is the reason] why we love playing here. When I think about signing, obviously Poch plays a big part in that.”

Spurs are 7.00 to win the Carabao Cup this season, having been drawn away to north London rivals Arsenal in the quarter-finals.