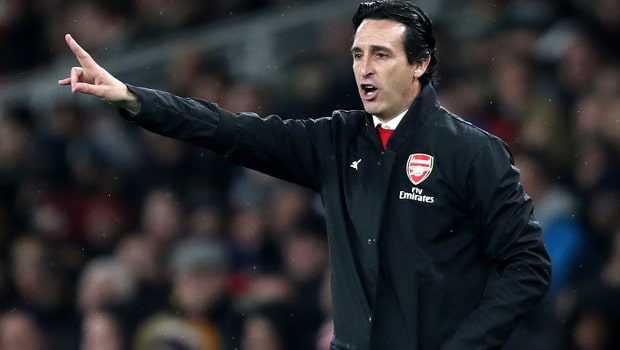 Arsenal have been drawn at home against north London rivals Tottenham Hotspur in the Carabao Cup quarter-finals.

The Gunners will welcome Spurs to the Emirates in the middle of next month as boss Unai Emery looks to continue his pursuit of a first piece of domestic silverware since succeeding Arsene Wenger in the summer.

Arsenal, last season’s beaten finalists in the League Cup, came out 2-1 winners at White Hart Lane in 2015 when Mathieu Flamini scored the decisive goal in the last north London derby in the competition.

Arsenal and Spurs will meet twice at the Emirates in little over a fortnight as the teams also play in the Premier League on December 2.

Elsewhere in the quarter-final draw, Burton Albion, the lowest-ranked team left in the competition, go to Championship side Middlesbrough.

Chelsea host Bournemouth at Stamford Bridge, while Leicester or Southampton will play the winners of Manchester City and Fulham.

Arsenal survived a late fightback from League One visitors Blackpool at the Emirates on Wednesday as both sides finished the game with 10 men in a 2-1 success for the home side.

Stephan Lichtsteiner slid in his first goal since joining from Juventus before teenager Emile Smith Rowe doubled the advantage for a much-changed Arsenal team.

French midfielder Matteo Guendouzi picked up a second booking before the hour mark, leaving Arsenal to tough it out for 25 minutes after Paudie O’Connor headed home from a corner.

Tottenham, meanwhile, were across the capital seeing off West Ham at the London Stadium in a 3-1 success.