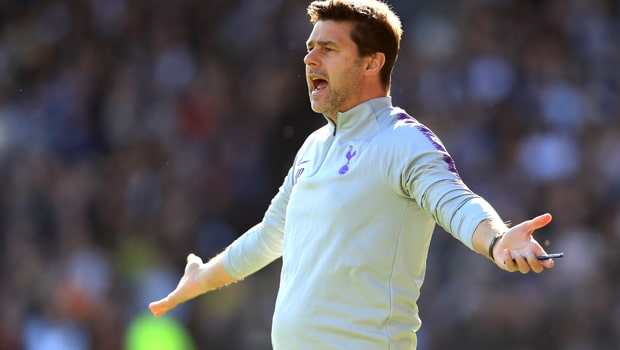 Mauricio Pochettino was less than pleased with Spurs having to play late on a Saturday evening away from home ahead of a crucial Champions League showdown with Barcelona in midweek.

Tottenham were at Leicester City on Saturday for a game that kicked off at 19:45 in the evening, with Pochettino due to take his squad to Spain on Monday for a make-or-break clash with Barca on Tuesday.

The impressive Son Heung-min scored the opener before half-time and set up Dele Alli for Tottenham’s second after the interval as they regained third spot from Chelsea with a routine 2-0 win, but the late kick-off didn’t sit well with Pochettino.

“I am bit surprised the Premier League put us in the position of playing at this time because we travel to Barcelona on Monday and that will be so tough,” he said.

“We didn’t receive the help we needed from the Premier League but we are going to be ready to fight in Barcelona.”

Tottenham now have 36 points after 16 matches, their highest ever tally at this stage in a Premier League season.

With one eye perhaps on the Nou Camp, Pochettino went without Harry Kane and Christian Eriksen for the game at the King Power Stadium.

Leicester had been undefeated in six games prior to Spurs visit, and Pochettino paid tribute to his squad for netting a crucial win, one that ensured they moved back above Arsenal and Chelsea in the table – with their London rivals having both won earlier in the day.

“It was an unbelievable moment and a great goal by Son. It was very important for our confidence to go into the second half believing we could win.”

Tottenham are 3.10 to win against Barcelona on Tuesday. The Catalans have won Group B already and are 2.10 to end the group stages with a win and the draw is 3.80.