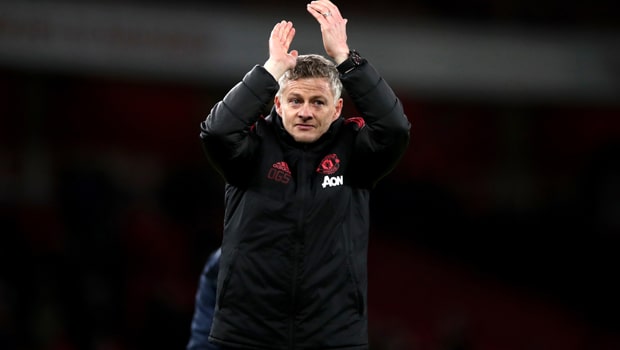 Ole Gunnar Solskjaer insists it is likely nobody will be leaving Manchester United this week before the transfer window shuts.

The Norwegian admits he isn’t heavily involved in any negotiations, but he also appears quite confident that none of the current first-team squad will be leaving.

Defender Matteo Darmian, struggling for game-time behind the likes of Ashley Young, Luke Shaw, Diogo Dalot and Antonio Valencia, has been linked with a move back to Serie A with Juventus.

Asked about the possibility the Italian will depart this week, Solskjaer said: “At the moment, I can see everyone staying at the club because no deal has been done with anyone I think, but then again there is still a few more days.

“But I am not too involved in the negotiations so whatever happens, happens. “It will be good to get the window closed so we can just focus on the squad and just improving the ones that stay here.”

Andreas Pereira has been talked about as a potential player heading away on loan and, while he appears to have settled on Paul Pogba, Nemanja Matic and Ander Herrera as his preferred midfield options, Solskjaer has offered some hope to Pereira, who started the first two Premier League game of the season under Jose Mourinho.

“No I cannot see him going out on loan because Andreas is going fantastic in training,” Solskjaer said.

“He is a player that you could see playing quite a few games for us towards the end of the season.”

Man United are 1.25 favourites to extend their winning sequence by beating Burnley at Old Trafford on Tuesday. The Clarets are 12.00 while the draw 6.00.