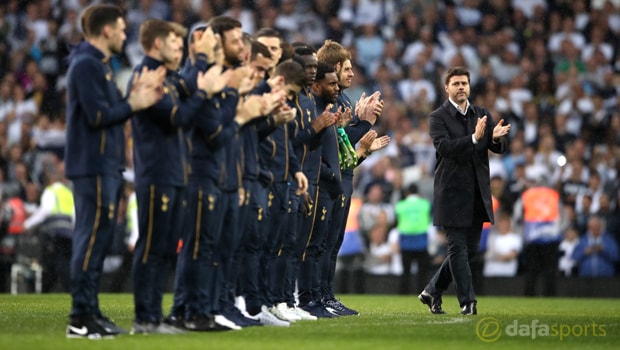 Mauricio Pochettino insists he is fully committed to his contract with Tottenham and has denied reports claiming he has a buy-out clause in his current deal.

The Argentine has developed Spurs into one of England’s most attractive clubs since taking over on a five-year deal in May 2014.

Pochettino had gained some experience of Premier League management prior to his move to White Hart Lane after spending one season in charge at Southampton.

The 45-year-old’s exploits have attracted interest from a number of Europe’s top teams with Paris Saint-Germain, Barcelona and Inter Milan all keeping tabs on his situation.

However, the former defender insists he is fully committed to his current role and hopes to keep building something special with the north London outfit as they get set to leave White Hart Lane.

Tottenham handed Pochettino a new deal in May last year which should keep him at the helm until the end of the 2020-21 season.

“There are many rumours, but I am committed with the club,” he said. “There is no reason to leave. I will be here for pre-season.

There is no buy-out clause in my contract, I will stay here next season.”

Spurs have been the most consistent club in the Premier League over the last two years but, after finishing third last term, they have been forced to settle for a second-placed finish this season.

Tottenham still have two games left to play and they can be backed at 1.91 to take all three points from Thursday’s trip to Leicester, who are priced at 4.20, while the draw is available at 3.60.