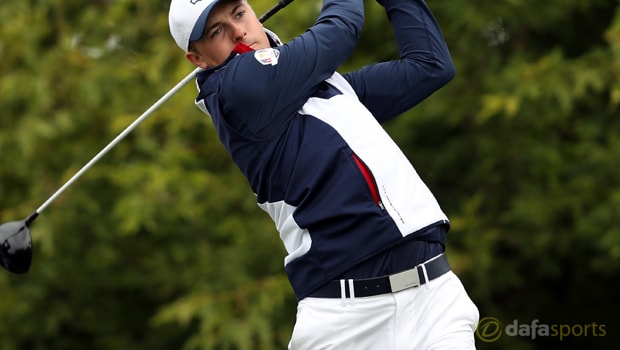 Jordan Spieth believes he is close to returning to the top of his game ahead of this week’s AT&T Byron Nelson.

The two-time major winner has struggled to hit top form since securing his ninth PGA Tour title at the AT&T Pebble Beach Pro-Am in February, missing the cut at two of his last three events, including last week’s Players Championship.

The 23-year-old believes his short game and putting has been the main cause of his recent problems, but he is convinced he is close to returning to top form.

“My wedge play and putting are yet to kick into gear and it just takes a bit of momentum on course.

“I can do all the practice I want, it’s just seeing some go in on course, whether it’s one round or through a streak of two tournaments, just to feel like it’s all the way back to top notch. So, it’s close.”

Spieth will be hoping he can rediscover his best form at this week’s AT&T Byron Nelson, a tournament he holds close to his heart as it takes place in his home state of Texas.

The world number six is no stranger to winning on home soil, having claimed overall glory at last year’s Dean & DeLuca Invitational, and he is determined to add the AT&T Byron Nelson to his list of accolades this week.

“This one is definitely more home for me being in Dallas versus Fort Worth,” Spieth added.

“But winning both is something that is a lifelong goal for me and I have this one yet to accomplish.”

Spieth is priced at 13.00 to secure overall glory at Four Seasons Resort and Club.